If you’ve been hunting for a delicate, fruity hop with an amazingly smooth mouthfeel, look no further than Cashmere. Cashmere hops were released in 2013 through Washington State University’s hop-breeding program. Daughter of female Cascade and male Northern Brewer, Cashmere is a public variety hop that can be grown in your own garden.

Cashmere stands as a good dual-purpose hop, and while it can be added in early additions, it really comes to life in late additions like knock out, whirlpool, and dry hopping. It flourishes when used for aroma and flavor in hop-forward styles. The intensity of its exotic topical notes shines when it complements sour, fruited, or funky ales.

Cashmere is described to be delicate, yet strong with aromas of lemon and lime, melon, peach, and tangerine. Secondary notes include coconut, lemongrass, and candied fruit. Some people have even noticed hints of pineapple in the refreshingly tropical blend. It’s often compared to Cascade, but has elements that Cascade does not, and differs in Cashmere’s signature exquisitely silky mouthfeel that lives up to its name. BSG’s Cashmere was planted in late spring 2017; now in its second year it is producing more heavily, and showing aromas of fruit candy, peach, and coconut at harvest.

While it maintains a smooth and clean bitterness when used as a bittering hop, thanks to its low co-humulone levels, Cashmere’s exquisite fruity flavors get lost in the boil. Additionally, it is cautioned to avoid combining Cashmere with a too-strong variety as it can overwhelm Cashmere’s profile and leave it completely obscured.

As it stands, Cashmere lacks a good substitute. The closest possibility of a substitute is Cascade, but isn’t considered a strong contender. Cashmere has a higher alpha acid content than Cascade, as well as twice the amount of humulene. Plus, Cashmere has an excellent storage time, as it retains 75% of its alpha acid after 6 months in storage at 68°F. This hop is suited for beer styles like Pale Ales & IPAs, Saisons, Wild Ales, American Blonde, and American Amber. 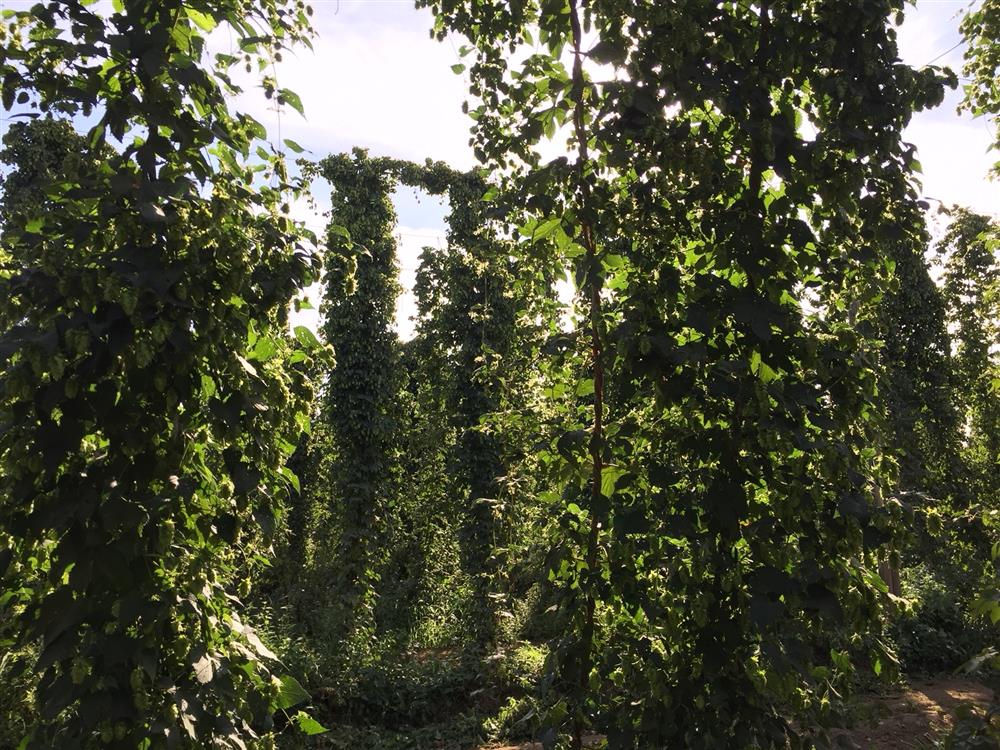